What is Caldo Gallego or Galician Soup

Caldo Gallego is a tasty soup made with white beans, collard greens, chorizo, ham, cabbage, and potatoes. It is simple to make and it reminds me of the Olive Garden's Zuppa Toscana. It is full of flavor while maintaining an air of simplicity.

Caldo is what we call any soup that is broth-based. A caldo could be just the broth, as well as it could have other ingredients in it like in the case of this Caldo Gallego.

What does Gallego Mean?

Galician. Like I have mentioned before, Puerto Rico was colonized by Spain and many of our recipes are taken from the traditional Spanish recipes with some of them altered by the incorporation of new ingredients found from Puerto Rico, or brought from Africa.

This soup is an ode to "Madre España" (mother Spain) and to the traditions Spain had left with us for so many generations. Many restaurants on the island would offer their version of this soup, still with the same name "Caldo Gallego."

What are the differences between a Broth and a Stock?

This is a question I have been asked a few times and I have to be completely honest, it eludes me often. Not because I do not know the difference, rather, I never thought of the difference. Were the differences covered in culinary school, well of course, but in my defense, I always made stock. I never made broth. We always had a pot of stock bubbling, chicken stock to be exact.

So when I read Taste of Home post on the difference between stock and broth, it made complete sense! The difference lies in whether you are using meat or bones. To make stock you need bones. The bones could be used as they are or you can enhance the flavor by roasting them in the oven prior to boiling them. Stocks also have a high content of gelatin which is drawn from the connective tissue and marrow of the bones. This gelatin gives stocks a viscosity and almost thickening and heaviness.

Unlike stocks, broths are made with the meat still attached to the bone. This is what my grandmother used to call "caldo". She used to take a few chicken legs and boil them in water with onions, carrots, celery, and bay leaves until the water had a great chicken flavor. Once the chicken had rendered the flavor, she would remove the chicken and add raw spaghetti noodles and, or potatoes. She would mince the chicken and re-add it to the broth, once the noodles or potatoes were ready. This chicken soup had NO SALT or PEPPER, but it was delicious and flavorful.

At home, I make broth, plus I also buy broth. I enjoy stock, but I do not have access to bones often, and for the most part, it is easier to make a broth.

If you are a fan of Olive Garden's Zuppa Tuscana, you will enjoy this soup. This soup is brimming with beans, potatoes, cabbage, collard greens, chorizo, and ham. Carrots and celery can always be added. I added them to mine for added flavor and fragrance.

Chorizo will add a hint of spice to the soup, and a splash of color. If you do not want to use collard greens, try it with kale. Both leafy greens fall into the bitter category, but kale is much milder.

For the cabbage, I wanted to use Napa cabbage. The texture is lighter and crisp. Regular cabbage can be heavy, although, for boiling, it does withstand the cooking process. For the potatoes, I used whole golden potatoes, instead of my go-to miniature potatoes. Red bliss would work well here also, or the ultra-mini potatoes that are as big as pearl onions.

I will always prefer to use my own rehydrated beans instead of canned beans. Don't get me wrong, I still, on occasion, buy a can of beans here and there for moments that I do not have the time for rehydrating the beans, like unplanned meals. But I find that rehydrating my own is not as complicated as it may seem. If you check out this post, I cover all the details on how to rehydrate beans.

For this recipe, I did not have the beans ready, so I did a semi-quick reconstitution. I did pick through my beans and soaked them the night before. Only used one cup of beans and two cups of water. The next morning, about 20 minutes before I started making my soup, I began to boil the beans.

Putting it all together 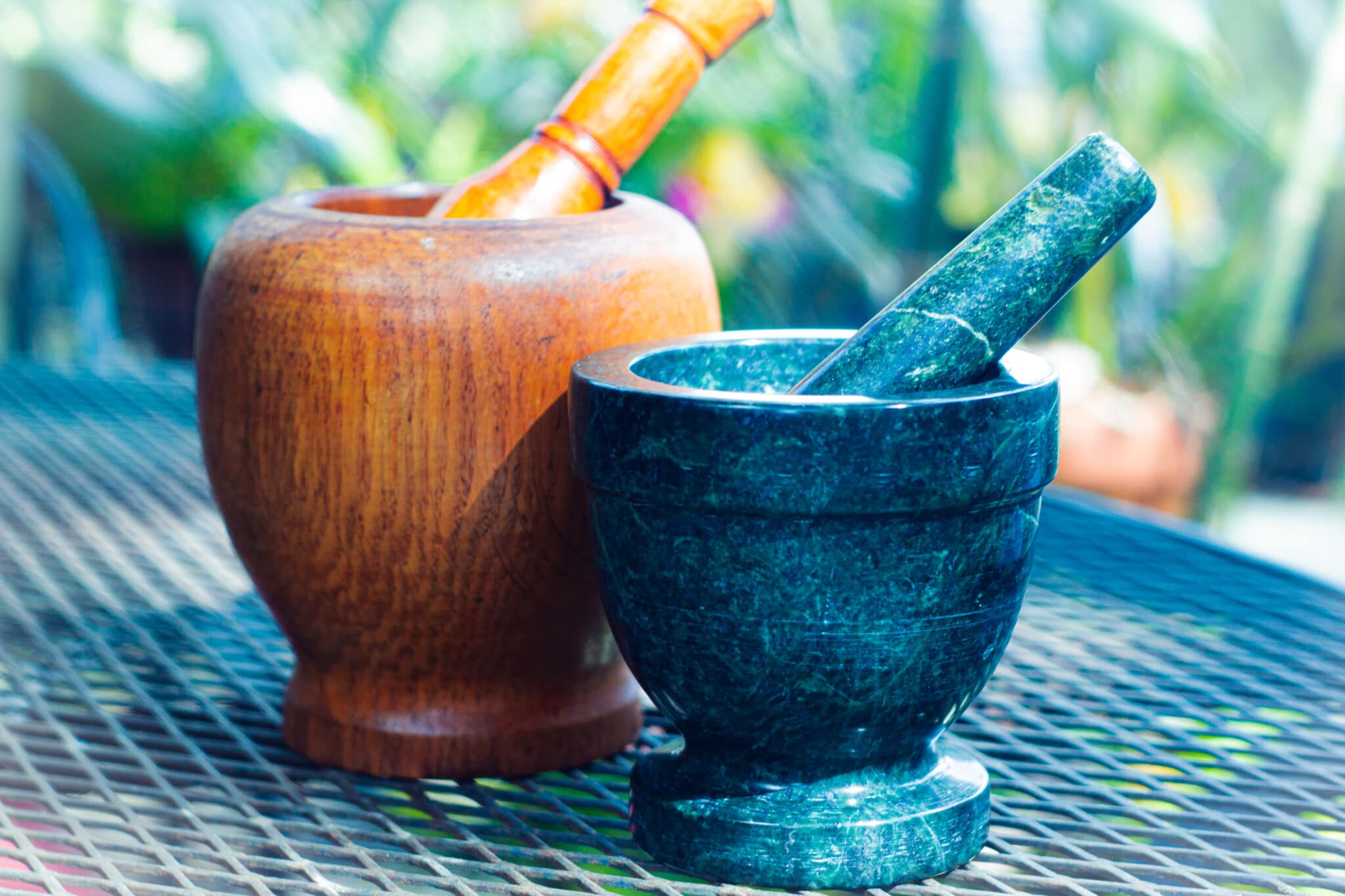